Eurodrone is a key element of the European defence industry and a unique opportunity to demonstrate the capabilities and technological competence built over decades of collaboration.

In the European Union's vision of defence, the programme will contribute to reinforcing Europe's strategic autonomy, while providing the Armed Forces with independent ultra-high performing operating systems. 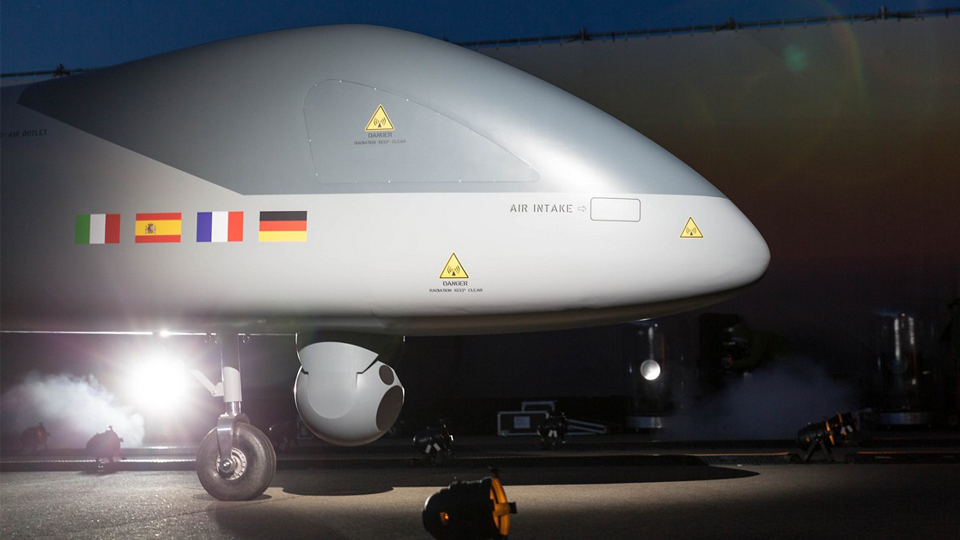 The origins of Eurodrone

The four nations are involved in the project through their respective industries (Leonardo, Airbus and Dassault Aviation). Collaboration among different countries is definitely not new in the aeronautical industry, as demonstrated by the Tornado and Eurofighter programmes, which proved the ability of European industries to work as a team.

Eurodrone responds to a specific intention of the EU, whose presence in the project is strongly felt. Brussels sees the project as another important step forward in the construction of a common defence, an issue of great current relevance which led to the establishment in 2017 of the EDF, the European Defence Fund.

The Eurodrone offers an opportunity to use financial resources made available by the EU for joint projects and to accelerate growth in Europe’s strategic sector of remote piloted systems.

The new system will use cutting-edge technologies to conduct intelligence, surveillance and reconnaissance missions, both military and civil.

The programme is worth a total of 7 billion euro and will create 7,000 high-tech jobs within the EU, securing development and sustainment of technological know-how on the continent. The Eurodrone will be based almost entirely on European technology and will offer manufacturers on the continent a great variety of opportunities for development, production and operation. Leonardo will play a key role through its industrial workshare in aerostructure components such as onboard electronics. 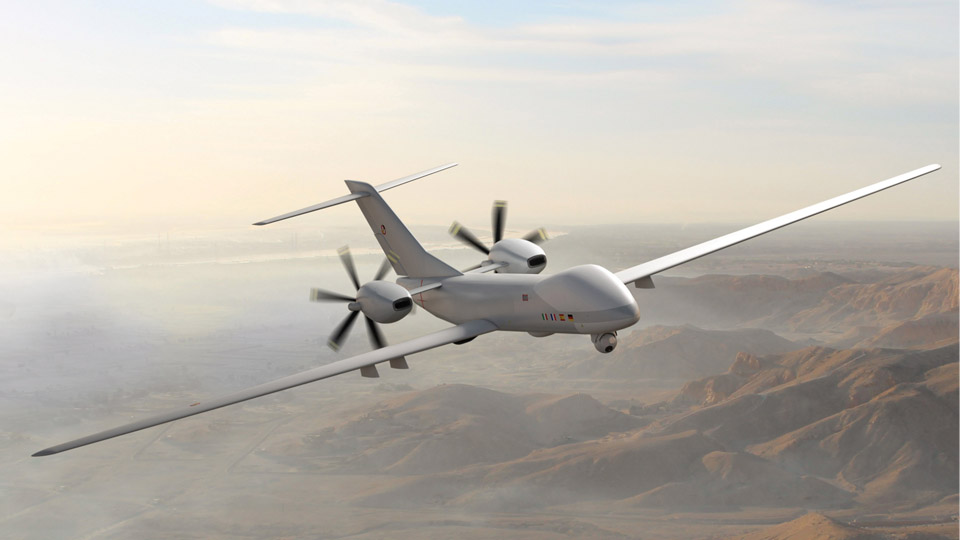 The Eurodrone will be the first unmanned aircraft designed to fly in non-segregated airspace, giving Europe an important competitive edge in the field of unmanned aerial systems. The drone, created for Intelligence, Surveillance and Reconnaissance (ISR) purposes, will monitor and collect information like a satellite, from above, but at a lower altitude, thus facilitating control of the system. The fact that the Eurodrone will also be used in inhabited and residential areas requires stricter safety standards, which is why it is fitted with dual engines.

The involvement of four nations in the project will strengthen European sovereignty by establishing and expanding the continent’s own independent technological base in the field of unmanned aviation. The programme, conducted by Germany, France, Spain and Italy under the management of the international armaments agency OCCAR (Organisation Conjointe de Coopération en Matière d'Armement/ Organisation for Joint Armament Co-operation), promotes European cooperation in the field of security and defence, underscoring the continent’s growing reliance on multinational projects. 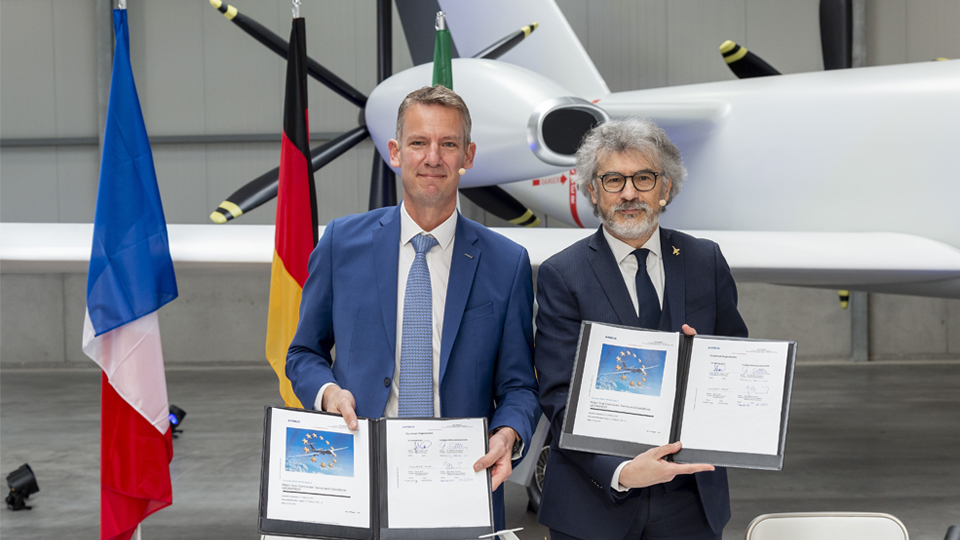 The Eurodrone is the first MALE designed specifically to meet the requirements for integration into civil airspace, helping to improve efficiencies such as use of direct paths, without the need for pre-planned emergency landing sites, which saves time, fuel and, as a result, CO2 emissions.

An opportunity for Europe’s industry

To date, 20 systems are expected to be developed and produced (including five in Italy), each including two ground stations and three aircraft, in addition to Ground Support Equipment, parts, training and five years of initial in-service support.

The fact that there will be no pilot on board means that ordinary functions must be replaced with efficient, highly dependable technological solutions. To ensure absolute safety, data connections must guarantee constant communication between the remote pilot and air traffic control or, where necessary, with other users of the same airspace.

Characterised by open architecture, system modularity and readiness to receive interactive updates as mission scenarios evolve, the Eurodrone will be a valuable resource for improving non-stop surveillance capability. In the final analysis, it will represent a major step forward over the current generation of unmanned flight technologies.