Leonardo’s unmanned systems, platforms and services to be presented at UMEX 2022

Leonardo (Stand 04-B10) will attend the UMEX exhibition, which runs from the 21st to the 23rd of February in Abu Dhabi, to mark its third year of participation. Leonardo, the Italian-headquartered global defence and security company, is the only European firm able to provide complete unmanned solutions for civil and military customers, also insuring the security of the airspace. A member of leading unmanned programs such as the Eurodrone, Leonardo boasts a wide portfolio of technological solutions including fixed-wing and rotary-wing platforms, sensors, mission and ground control systems, drone navigation and traffic management, training services, and Counter-Unmanned Aerial Systems.

“The UAE is a nation that seeks to innovate in all that it does,” explained Vincenzo Romano, Leonardo General Manager in the UAE, “and this is why Leonardo continues to support, through its latest technological solutions, their daily in-field operation including security management, air transport, and naval platforms. The unmanned sector, where Leonardo’s platforms are operationally proven, may also pave the way for new opportunities of mutual collaboration”. “Leonardo has a branch in Abu Dhabi and from the ‘70s provided high-tech platforms to the UAE armed forces, institution and local partners, including more than 100 helicopters, naval systems, secure communications applications, space technologies and training aircraft, with the Aermacchi MB-339 chose for Emirati national aerobatic team Al Fursan”, Romano added. 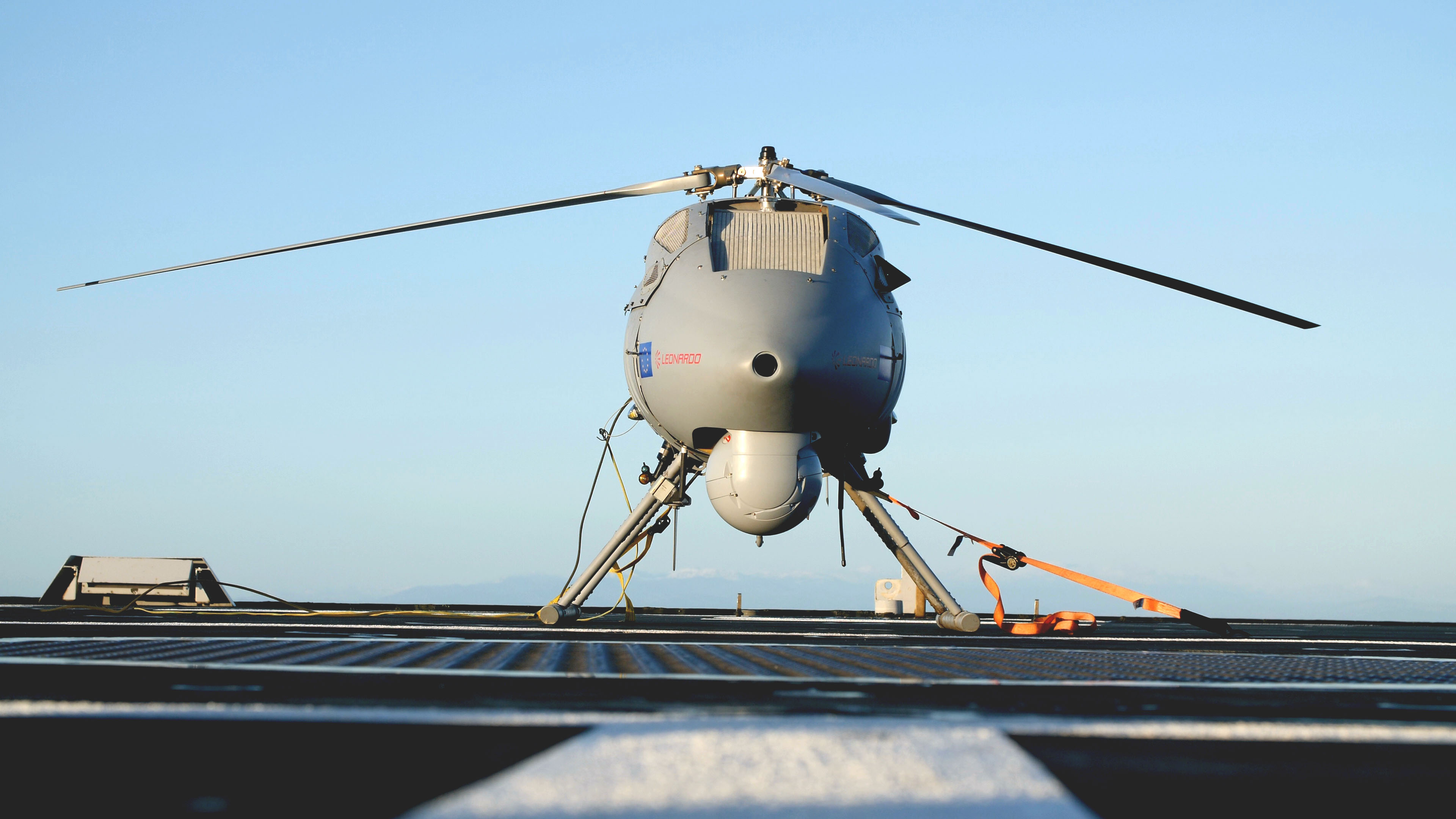 During the show, Leonardo will promote its Rotary Unmanned Air System (RUAS) AWHERO, a dual-use platform that can perform civil and military missions over land and sea. Last October this platform received basic military certification from Italy’s DAAA (Direzione degli Armamenti Aeronautici e per l’Aeronavigabilità), the Directorate for Air Armaments and Airworthiness, marking the world’s first military certification for a RUAS in the 200kg class. On board of AWHERO, Leonardo is progressing in the integration and testing of mission equipment and sensors.

As part of its advanced airborne offerings, Leonardo is also promoting Osprey, the first truly multi-domain AESA surveillance radar. It is currently in use by 12 international operators for a range of missions spanning from defence, security and civil protection, to environmental monitoring and search and rescue. The radar is currently available in two variants: the compact Osprey 30 and the larger, more powerful Osprey 50.

At UMEX, Leonardo will also exhibit its Mirach 40 (M-40), which supports armed forces training, being able to convincingly mimic a variety of aircraft and missiles, also simulating radar, infrared (IR) and visual threats. This allows Armed Forces to ‘shoot down’ the reusable M-40 in realistic scenarios. Developed in-house by Leonardo using commercial components, the M-40 is readily exportable.
M-40 is part of the company’s successful Mirach family of target drones, also including the M-100/5 V2, which has recently been selected in an international competition, while sixteen armed forces including those of Belgium, France, Germany, Italy, and the UK already have trained with the M-100/5.

Receive the latest updates from Leonardo

Register for the News Alert service